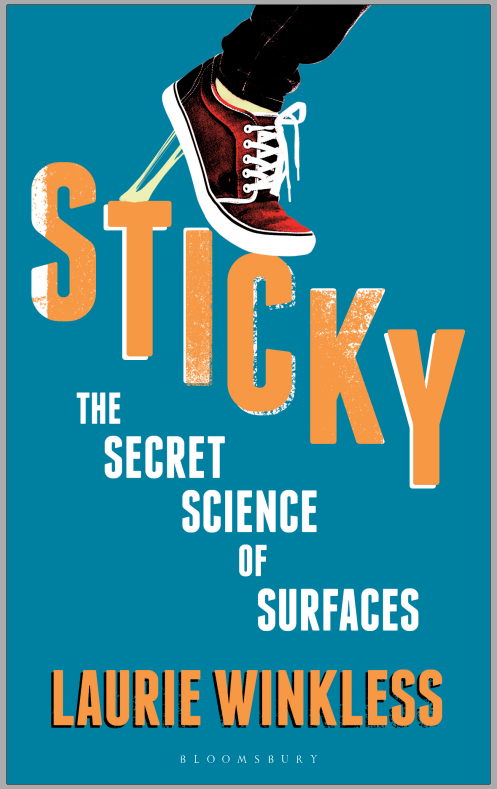 We are surrounded by stickiness. From the bike tyre that grips the road and the Post-it note that’s become an office mainstay, to your non-stick frying pan, and the ice that transforms waterways each winter. All of these things are controlled by tiny forces that operate on and between surfaces, with friction playing the leading role. In this talk, Laurie will explore the role of friction in both the manufactured and natural worlds. She will describe how our understanding of surface science, and our ability to manipulate stickiness, have developed throughout history, transforming the world around us. If you’ve ever wondered how the ancient Egyptians could move colossal stone blocks, or why earthquakes happen, you might find the answers here.

This talk is inspired by Laurie’s latest book, ‘Sticky: The Secret Science of Surfaces’, which was published worldwide by Bloomsbury earlier this year.

Laurie Winkless is an Irish physicist and author. After a physics degree and a masters in space science, she joined the UK’s National Physical Laboratory as a research scientist, specialising in functional materials. Now based in New Zealand, Laurie has been communicating science to the public for 15 years. Since leaving the lab, she has worked with scientific institutes, engineering companies, universities, and astronauts, amongst others. Her writing has featured in outlets including Forbes, Wired, and Esquire, and she appeared in The Times magazine as a leading light in STEM. Laurie’s first book was Science and the City. Her second, Sticky: The Secret Science of Surfaces, is available now in hardcopy, e-book and audio formats.

“I am in awe of Laurie Winkless: of her ability to take something as seemingly plain as a tire, as overlooked as the dimples on a golf ball, and produce from it a surprising, fascinating narrative, one that effortlessly reveals the astonishing science of the world around us.”

“A beautifully-written, utterly fascinating book that had me glued throughout. Like the very best of science writing, Sticky helps you see the world from a different perspective. I couldn’t recommend it more.”